WeChat Walk Through (2) The Development History of WeChat

People around the world, regardless of country, are always looking for an effective way to communicate. Since the Internet has revolutionized the way we talk to each other, instant messaging has become a large part of our daily communication. With the development of telecommunication technology, users no longer simply sought a reliable and responsive chat tool, but also one that was simple and concise.  The emergence of mobile devices, therefore, opened up big opportunities in this sector, and WeChat had the opportunity to blaze its own trail in instant messaging.

Before WeChat, China’s IM market was dominated by another online chatting tool, QQ (also powered by Tencent), for 10 years. After a decade of development to cater to different user needs, QQ became bloated and inefficient with its , which negatively affected the user experience. Besides, Millennials, the main user base of QQ at the time, were getting weary of complex online social circles, and started to switch to less popular but simpler IM tools for niche purposes and to protect their growing privacy. WeChat changed the game in 2011, when it entered the market with its motto, “Making communication simple by voice message.”

WeChat was created at a time when smartphones, previously expensive items out of reach for the ordinary civilian, became more widespread and began to lead the mobile device market. Instead of molding WeChat into another QQ, Tencent made a bold decision to make WeChat  only available on smartphones  (WeChat was not able to log in on tablets until 2015, and on PC until 2016). The decision was risky at a time when people were not often able to afford Android or Apple phones, but it turned out to be a fabulous marketing strategy. Here is how Ms. Lin recalls her WeChat experience: “I didn’t really find it necessary at all to switch to WeChat from QQ, but I felt embarrassed when I was asked to be friended on WeChat because not being on WeChat implied that I couldn’t afford a smartphone. So I registered an account out of vanity.” This “chain of contempt” propelled more people to join in, and made WeChat much more popular compared to other competitors, especially among the younger users.

Another reason for WeChat’s growth was its role in reducing Internet fees. Users in Tier 4 or 5 cities mostly use WeChat to make phone calls and send text messages. It acts as a perfect tool to save costs in daily communication.

WeChat has been attempting to expand its user base by gradually improving user experience.

These changes include some simplifications so that users avoid receiving unnecessary social connection invitations, which. better meets Wechat’s goal of “being a light social networking tool” (click here to read more). Additionally, the app’s add-ons provide users with notable conveniences that further strengthen user retention (click here to read more). It appears that WeChat is doing well with all these optimizations, sustaining 1 billion active monthly users since the early start of 2018 (data from tech.163.com).

WeChat’s eco-system contains social aspects (IM + Moments), content distribution (official accounts), online business (mini-apps) and utility services, while WeChat Pay is thought to be the crucial part of the whole system that bound everything together. Those later developed features are making WeChat become more complicated, dropping the goal of a lean design in favor of its commercialization potential.

Unlike other IM tools which gain profit by selling ads, or apps that require an annual service charge (Whatsapp), phone call credits (Skype) or other options (Line’s paid stickers), WeChat has enabled multiple channels for commercial profit thanks to its giant traffic base. Below are three main profit avenues –

The paid search is believed to be the fourth, even that we haven’t seen its move. But it is obvious that WeChat is focusing on improving its eco-system by adding more functions to serve users, and integrating its robust traffic for future commercial use.

Take You Business Online in China, Here’s How! 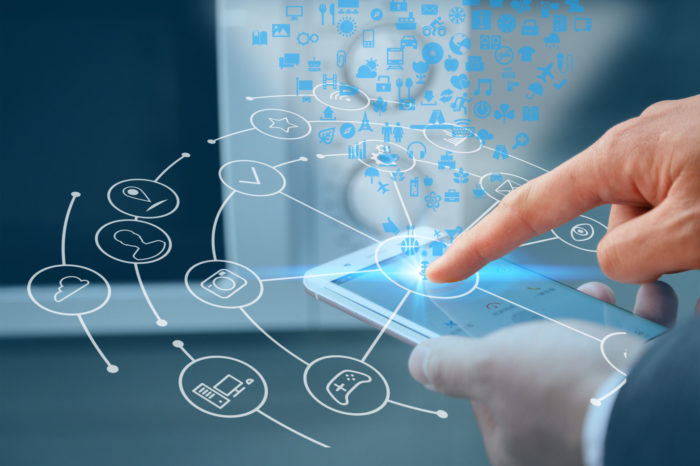 WeChat Walk Through (2) The Development History of WeChat