How to Sell on Chinese Hottest Video Platform

We are asked so often, “Are there any fresh online marketing channels to grow business in China, apart from WeChat and Weibo?” Sure there are! Our recommendation is short videos on Douyin. This video clipping and sharing platform, also known as “TikTok”, is quite similar to musical.ly, ad features 15-second short videos ranging from funny to dramatic. Douyin also targets young people in Tier 1 and 2 cities in China. According to 2018 data, Douyin regularly hits over 20 billion video plays a day, and 90% of its users are less than 35 years old, a group that is considered “the main purchasing force” in China.

Since the whole world is getting “lazier,” a growing number of people are switching from reading texts to watching videos, and top hits are getting shorter and shorter. This is explained well by Microsoft Canada research– people in the current day generally lose their concentration after eight seconds. Different from videos generated by content distributors, Douyin’s video clips are limited by time span, and are less likely to teach and lecture, instead of providing entertainment. Social media platforms had long sensed this appeal of this approach to users, and much of the action has been taking place in Weibo’s 15s as well as WeChat Moment’s 10s videos. These clips are often small, quotidian snippets of people’s lives, but are also highly meaningful. These everyday stories can’t be fully told through text and picture, and need video to give them a voice. After users became accustomed to this “short clip” medium,, many video clip platforms emerged, which further lowered the technical thresholds for video-making and sharing. Now, “video expression” is becoming a part of people’s lives, whether they are viewers or makers.

It’s obvious that publishing platforms are never short on video clips, but none of them can compete with Douyin on recruitment growth. The company’s user base reached  0.7 billion since it started from September 2016—a span of 15 months.

Douyin experienced its first user surge on March 13, 2017, when comedian Yue Yunpeng posted a funny Douyin video on Weibo. Thanks to the offbeat, yet catchy, background music and advanced in-app film editing function, Douyin was seen as a refined video clip-maker, and one that was more fun than other companies, which was a great help to the upcoming user base growth. Furthermore, the self-made background music option attracted hundreds and thousands of singers and independent musicians to upload their music clips for public usage.

The team also initially spent time cultivating high-quality content by training and inspiring talented art school students to produce creative works. Helped by Douyin’s big-spending marketing, some well-produced video clips soon went viral on social media. The creators were suddenly in the limelight, and gained them the admiration of millions of followers. These young students, officially called “talents” by Douyin, quickly became cultural influencers overnight, and their rapid successes have caused many other users to step up their video-making game in hopes of achieving similar fame. With this, more and more high-quality content is produced, which in turn entices more viewership

Douyin’s excellent design gives people yet another reason to join in the fun. Videos are automatically played on the homepage, and is called the “recommendation waterfall flow.” This “waterfall flow” begins with the app starts, and is carefully selected by back-end algorithm to your preferences. These videos never stop playing as long as the screen is on. It only takes a simple slide-up to skip videos you’re less keen on, and a slide-left to view the video maker profile page.

Flash ads are displayed in full-screen when the app is opened. They can be pictures or videos, usually lasting for 4 to 5 seconds, with highly effective calls-to-action to bring traffic to the landing page .

Feed ads show up in the “waterfall flow,” and are most likely to be the first, third, fifth or seventh video queued in the recommendation section.

Douyin users with huge followings sometimes turn their video clips into commercials and sell products online. Dedicated followers usually have more trust and confidence in products with an influencer’s endorsement, and plus, by showing scenarios in which consumers are actively using the product, products promoted in the video clips are more likely to sell. To facilitate users buying in-video products, Douyin introduced an e-commerce function that helps close deals from Douyin all the way to Taobao.

As a platform that heavily relies on UGC (user-generated content), Douyin made efforts to recruit more influencers in late 2017, signing them up with a Douyin agency and managing their commercial business, further strengthening the monetization process.

The commercial power of Douyin is growing larger by the day– and some brands are paying attention. In December 2017, MICHAEL KORS rolled out a round of short video campaigns with the hashtag #城市T台，不服来抖# (Come walk the city catwalk—Douyin), which resulted in positive online engagement. In addition to the flash and feed ads that gained MK significant exposure, over ten talents published original and creative videos under the hashtag. These videos featured funny and creative ways to “use” MK’s accessories, and became a massive hit with young users. The videos reached 0.2 billion video plays and 8.5 million likes, and received 30 thousand “challenger” videos. The campaign also featured tailor-made camera filters, which were decorated with MK’s accessories, and were adored by hundreds and thousands of followers.

We Are Getting You Onboard with Douyin Marketing!

Finding suitable talents or influencers to endorse certain products might be difficult, but we can help you out. Popify has been working with Chinese top influencer agencies that hope to have foreign products enter Chinese market through the most effective channel and with limited budget. Our available influencers are active in all fields of e-commerce, ranging from cosmetics to food, providing you with multiple choices and a traffic increase guaranteed. 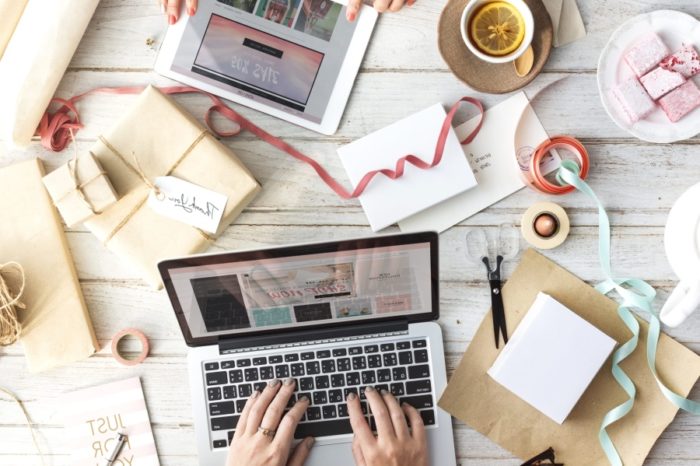 How to Sell on Chinese Hottest Video Platform