Many have long expected that Google’s search engine will return to the Chinese market and renovate its revolutionary technologies. It was widely reported last month that Google will come back with a new search application providing news integration services, but the outlook suddenly turned less promising in September, with Google’s “compromising policy to Chinese government [being] strictly criticized by employees as being against Google’s company values.” To uncover the story of Google’s possible re-entry into China, we invited Mr. Cai, a former Google search engine market (SEM) chief reseller, and now CEO of a local digital marketing corporation, to talk about Google’s previous performance in the Chinese search engine market and what he thinks of the news regarding Google’s comeback.

In 2005, the newly-emerged SEM industry in China appeared to be prosperous, but in truth, it was becoming corrupt by allowing resellers to pay in order to gain market dominance. These authorized business partners took bribes from search engine ad providers in return for higher commission and consequently better profits, so as to reach more clients with lower margin cost. Then came Google, who changed the game with its strong anti-bribery stance, and instituted severe prohibitions on reseller corruption. Google also brought to China an advanced international management style as well as superior advertising technology. “Google’s then-algorithm and filtering system were ahead of us by at least 10 years, which explains its confidence and determination to only serve for higher conversion rates rather than to lucrative resellers,” says Mr. Cai. Since Google’s result-driven policy had positive reviews, Google’s market share rose 20% after two years of short development. This once-questioned foreign search engine, although not skilled with Chinese language searches, proved strong enough to lead the market. Unlike Baidu and other competitors who were stringent on checking documentation during the account setup process, Google deployed technical robotic “spiders” to crawl across the websites from page to page continuously and report illegal content in real-time, leading to possible account suspension. The process “largely saved time and expense from unnecessary labor checks,” and “effectively shortened the setup waiting hours.” It also at some level prevented counterfeit documentation forgery and discouraged fake application just as the Chinese government’s stringent documentation checks, but cost much less.

Things didn’t go as well as expected. Since Google launched Google Earth, which made sensitive information relevant to the military easily available to the general public, the company faced strong pressure from Chinese authorities urging it to provide “results after governmental inspection” of all search results. The request was strongly opposed by its employees, asserting the inspection was contrary to company values and culture of bringing users all visible and searchable answers. Neither would compromise after several rounds of negotiations, and in 2009, the situation came to a head. Google withdrew from the Chinese market voluntarily and its search services became unavailable in mainland China.

Some beady-eyed WeChat users noticed that Google Translation initiated WeChat Moment’s campaigns in late 2017, promoting its translation service freely in China with no requirement to leap over the Great Firewall. This was considered the first step of Google’s return, which thrilled Google’s frenzied fans in China. However, Mr. Cai interprets this as a routine operational approach through which Google’s international marketing develops in China. “Google has never really left China, and it is playing an important role in our trading industry, especially for those exporting companies who need to reach the global market,” says Mr. Cai. “Google’s offices in Beijing and Shanghai are still running applications and training businesses for users of AdWords, which is seen as the best option to get themselves exposed online internationally.”

But is it possible that Google’s search engine service will ever come back to China? According to Mr. Cai, “It’s not likely.” Google and China are both stubborn about their culture and “security rules,” leaving both parties at loggerheads. Mr. Cai recommends “keeping track of Google’s following moves and viewing them as digital marketing references”, but “any relevant interpretations should not be taken to excess.”

How Does Chinese Search Engine Baidu Compare to Google? 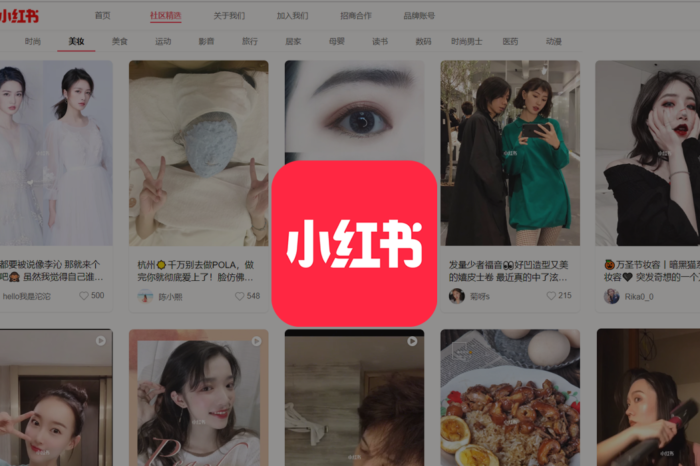 Uncovering The Mystery Of The Little Red Book App.

So Google is completely out of the way when it comes to search engine marketing, but which Chinese search engine would you recommend to choose for operating something like AdWords advertising? Can foreign companies actually advertise on search engines? Cause we are looking into it and it seems way to complicated…

Hi Jonathan, in China we have Baidu, 360 and Sougou. Their analytical tools all work similar to Google AdWords but maybe not as well handy. If you are interested in how they perform, welcome contacting our sales team leader at dazzle.li@popify.com.